The Science Behind The Magnetic Fun

The Science Behind the Fun 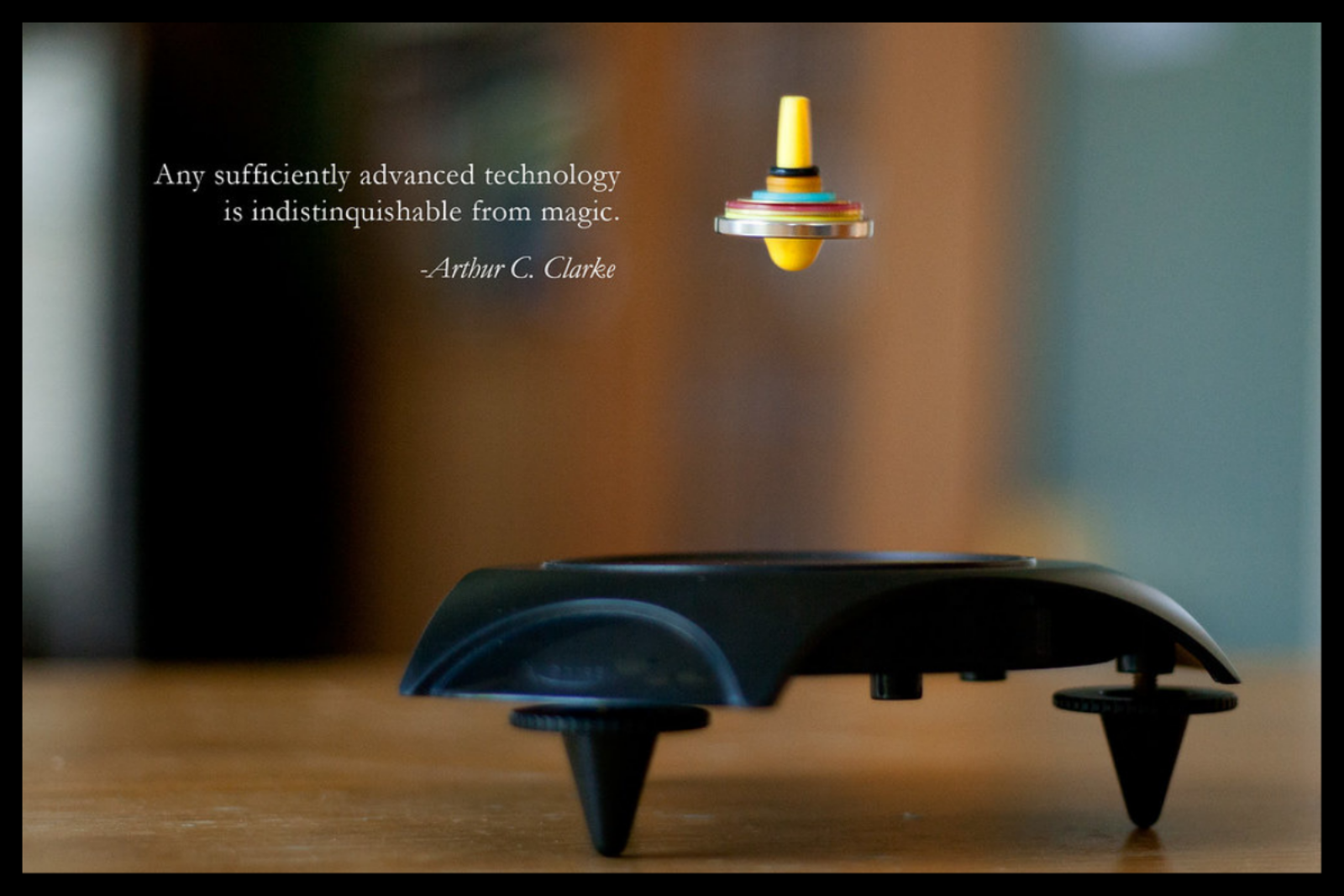 What's Up With Magnets?

In every ferromagnetic material, electrons orbit around the atoms, creating their own magnetic field. These small groups of atoms tend to orient in the same direction and are referred to as a magnetic domain. Each domain has a north and south pole, and like poles repel while opposite poles attract. If an electric current is introduced, the domains will begin to align with the external electromagnetic field until a critical point is reached. Then, if the current is removed, the domain of the magnetic material will remain aligned, resulting in a new permanent magnet.

(MAKE SURE YOUR SOUND IS ON FOR THE BELOW VIDEOS)

Turn Sound On For Below Videos 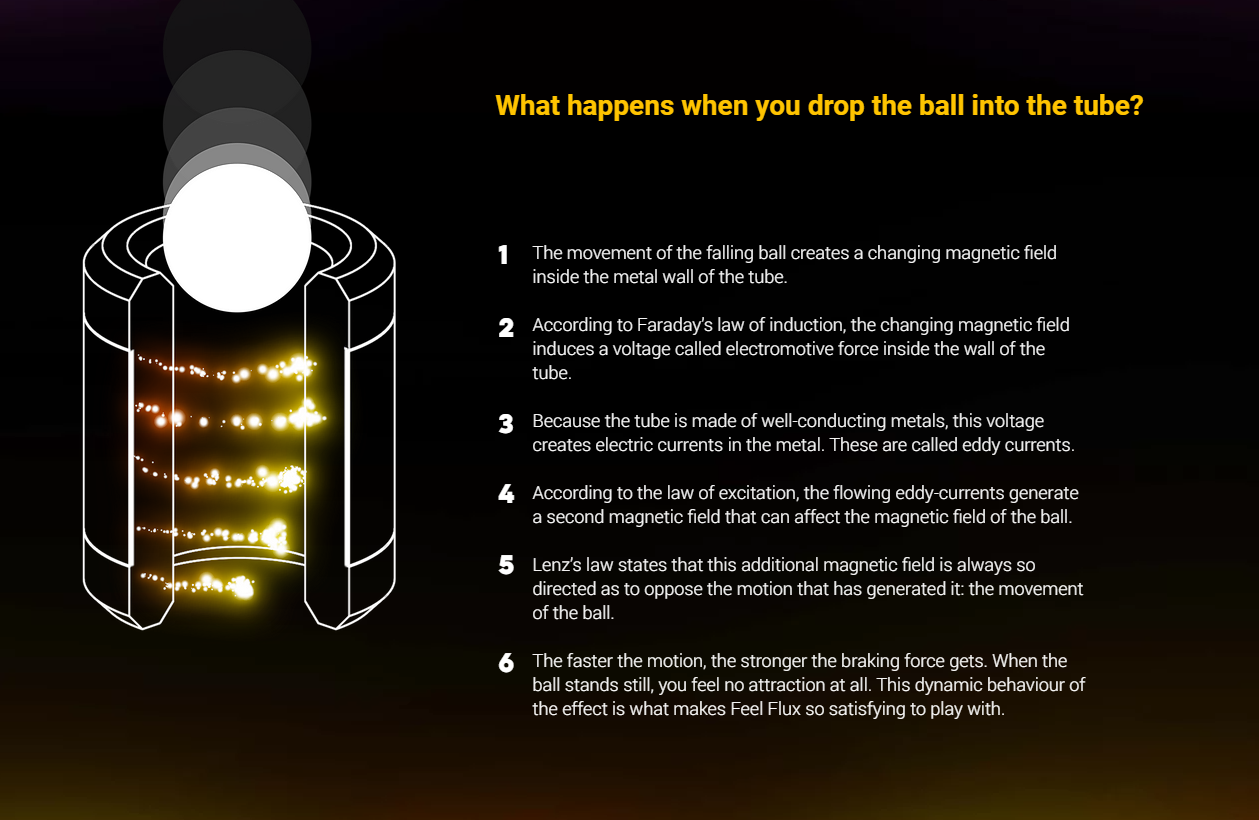 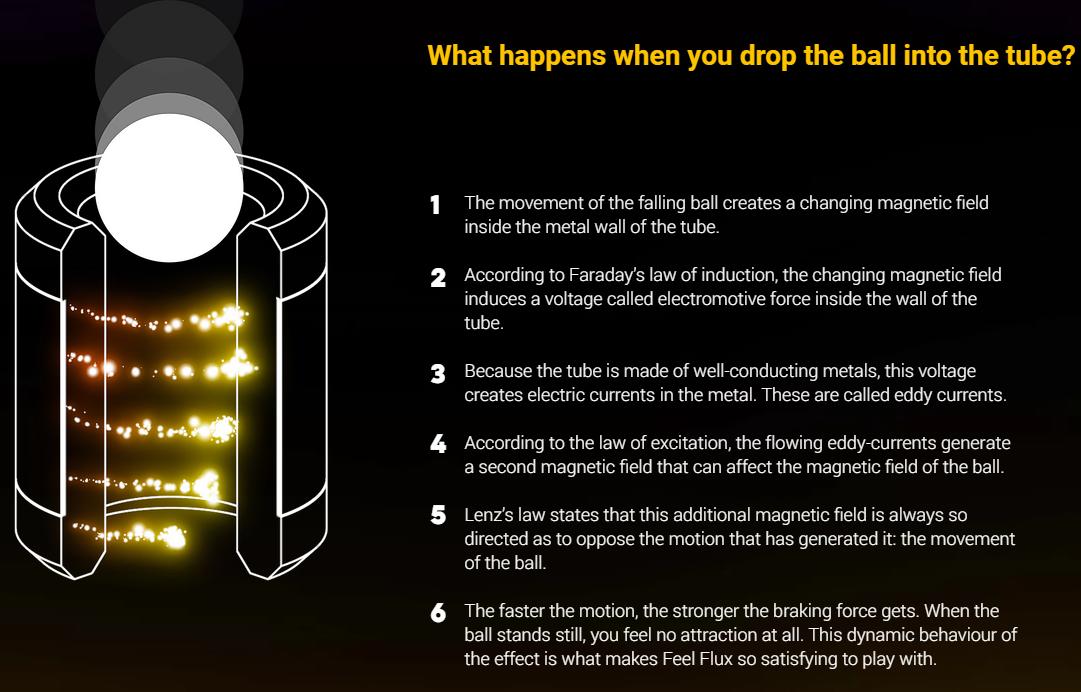 For more info go to the Feel Flux science site.

To buy your own Feel Flux products CLICK HERE

Levitation Arts has made great strides in the performance of its patented electromagnetic levitation technology.  Our new prototypes exceed the capabilities of all commercial current products. This video gives a preview.

We are always improving the art of levitation, and the video below shows some prototypes whose performance exceeds existing commercial products.

Submit a video of your own do-it-yourself flying top and we'll post it!

Submit a video of your own do-it-yourself flying top and we'll post it here. 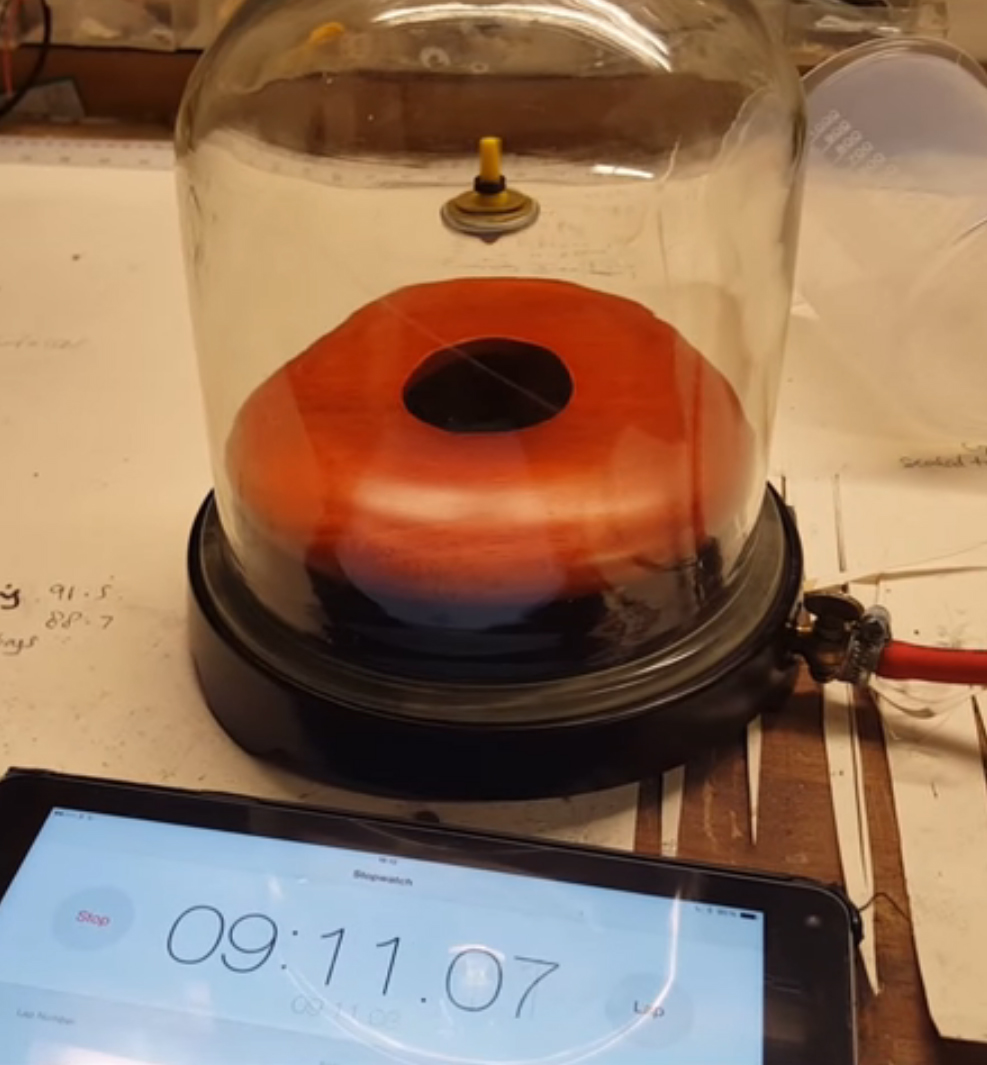 An elementary school educator in the UK used a homemade vacuum chamber to see how long a Cherrywood Levitron top would spin when relieved of (almost all) air resistance. As the video shows, it went longer than 9-minutes (9:24 to be exact) - and that was without the assistance of any external electronics - that is, if you don't count the pump on the vacuum chamber. 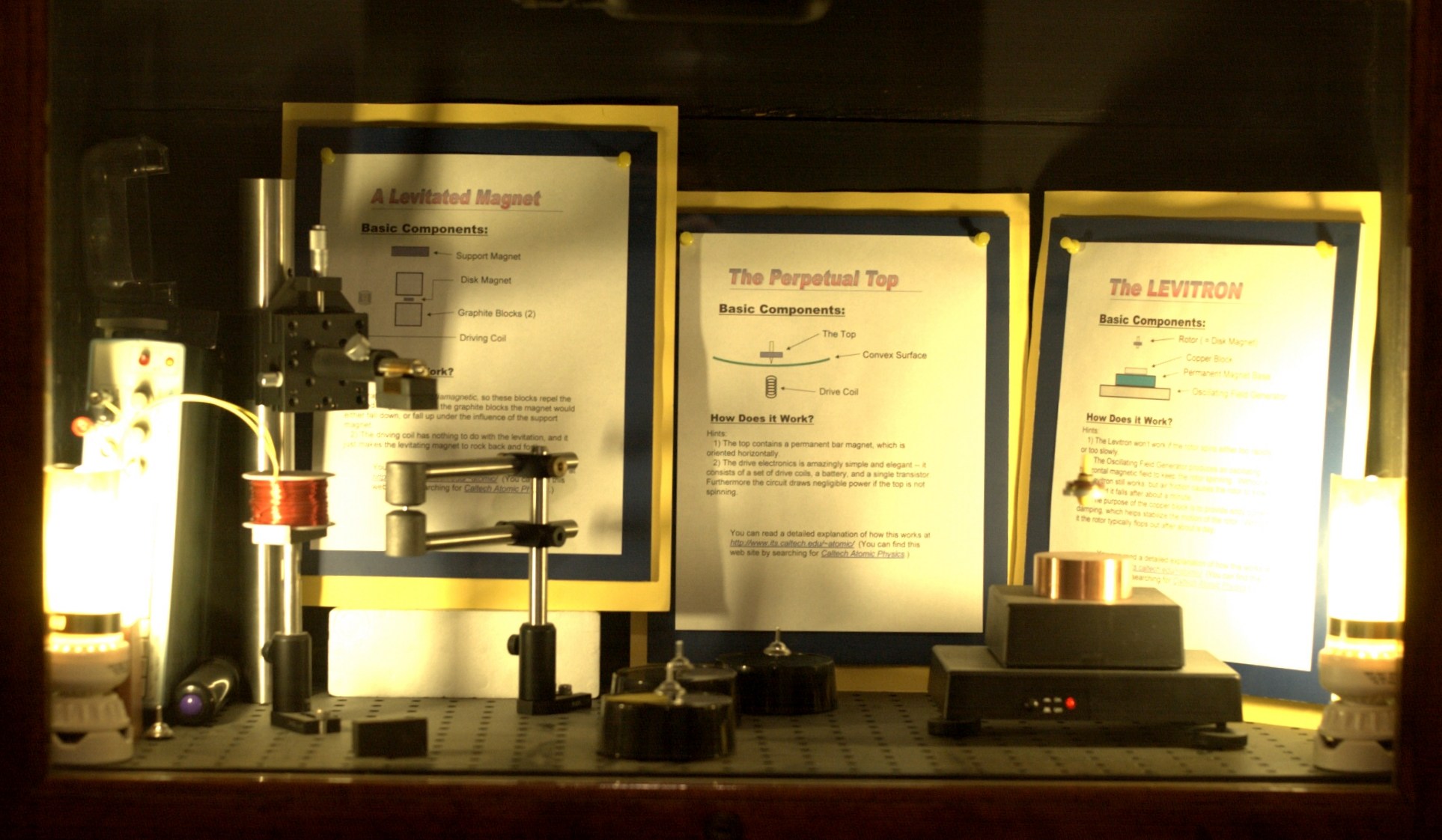 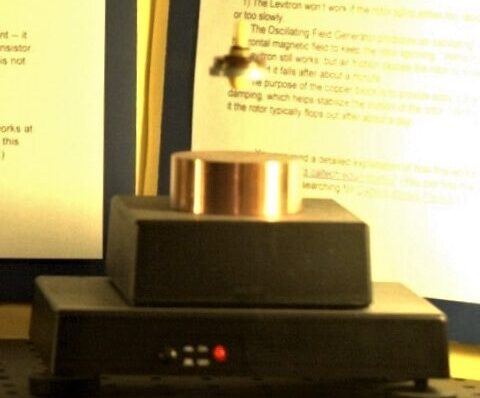 Professor Ken Libbrecht at Caltech set up a display case where he flew a Super Levitron on top of a Perpetuator continuously.  He tested it from September 1, 1999 to November 1, 2003, and in spite of various extenuating circumstances - such as power outages, an earthquake, and a black widow spider spinning its web around the top -  he was able to document what may be a record for a Perpetuator-assisted Levitron top flight of 314 days - or about 10.5 months.  You can read his write-up of the experiment HERE in which he elaborates on the science, and shares a timeline documenting every interruption.

Look Inside One of Our Products

See Inside One of Our Products 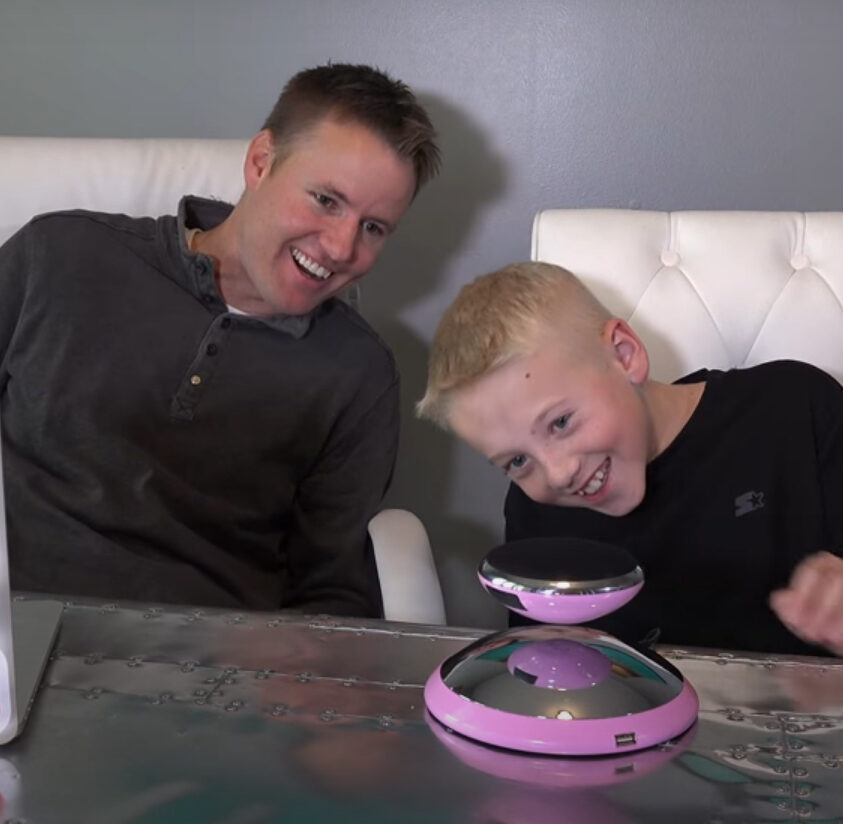 Join father and son Dan and Lincoln Markham, as they investigate the inner workings of an electromagnetic levitating speaker - the first of several Levitron devices that they've dismantled over the years on their "What's Inside?" YouTube channel

Join father and son Dan and Lincoln Markham, as they investigate the inner workings of an electromagnetic levitating speaker - the first of several Levitron©-type devices that they've dismantled over the years on their "What's Inside?" YouTube channel 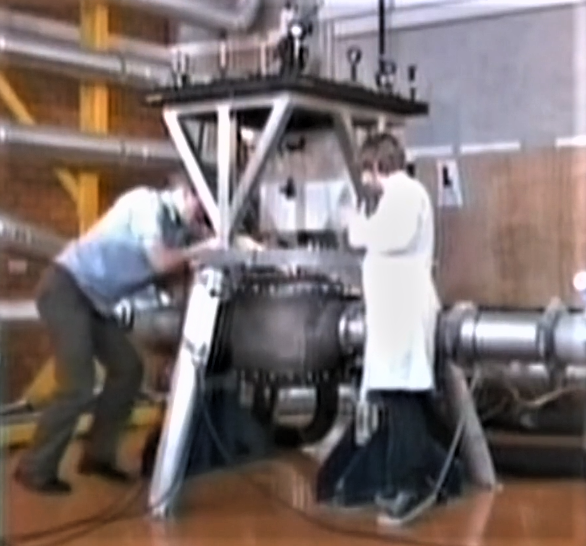 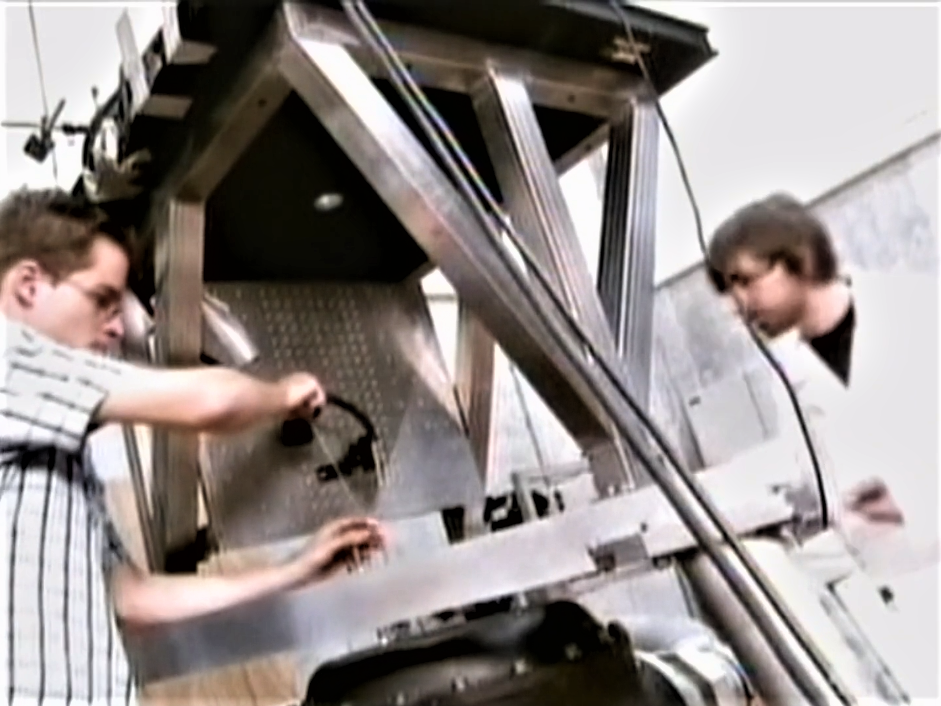 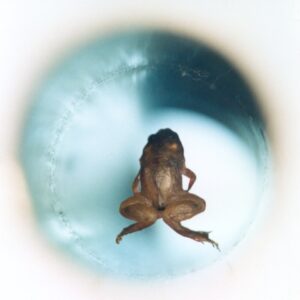 Watch the video about the historic breakthrough in "Diamagnetic" Levitation

The following video shows the first successful levitation of a live frog using one of the strongest electromagnets on Earth.  It turns out that every physical substance, not just ferrous metals, is "diamagnetic" and thus - amazingly - can be levitated with a powerful enough magnetic field.   (© Discovery, Inc.)

To explore the science "Of Flying Frogs and Levitrons" CLICK HERE

Read about "The Frog That Learned to Fly" CLICK HERE

The science "Of Flying Frogs and Levitrons" CLICK HERE