A game of strategy, skill, and magnetic force. The key to Polarity is to try and play all of your discs to the table, but you need to do things in a certain order. First, you need a disc laying on the mat-this is called a Foundation Disc, and each player begins the game with five. On your first turn, you’ll need to place another disc (a Leaner) near a Foundation Disc. These are the discs that really make Polarity unique, as Leaners will “float” on the Foundation Disc’s magnetic cushion. Once you have at least one Leaner, you’ll want to begin converting Leaners to Foundation Discs. To do this, use the magnetic field of a disc in your hand to force a Leaner to fall flat on the table. Many players get hung up on this, as it is technically a “Fault” and ends your turn, but this is key to winning the game, as it gives you more pieces to play off of! Once you’ve converted a Leaner to a Foundation Disc, you can now play another Leaner off of it, which you can then convert, and so on. Polarity is deceptively simple to learn, but provides a deep, intriguing challenge for advanced players. Polarity encourages the testing of new tactics each time you play and is never the same game twice. Master the magnetic discs! 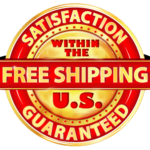